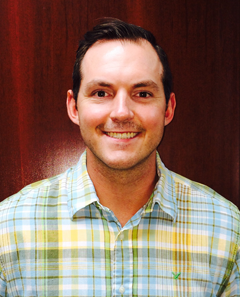 When Steve Walsh reflects on his journey from Greenacres, Wash. to San Diego, he describes it as a “very long story with lots of miles travelled.”

Indeed, TargetSolutions’ new account specialist had quite a trek with many twists and turns – but now that he’s here, it feels like home.

Before arriving at TargetSolutions, Steve served as a volunteer firefighter with the Airway Heights Fire Department (Wash.) where he also became a certified EMT. From there he enjoyed a lengthy career refereeing hockey games in numerous professional leagues across the country, including the Western Hockey League, USA Hockey, and the East Coast Hockey League.

TargetSolutions entered the picture in July when Steve befriended fellow employee Eric Kile on the golf course and was informed of the account specialist position. With Steve’s history as a firefighter and EMT, the position seemed like a natural fit.

“There’s a lot more opportunity here in terms of business and growth,” said Steve. “So far I’ve really enjoyed it.”

Here is more about Steve from a recent Q-and-A:

What are some of your hobbies?

Golf of course; and wine tasting is a lot of fun for my girlfriend and I. Another hobby, though, I haven’t played in a while, is racquetball. I used to play in a league and play on a daily basis when I lived in South Carolina. Aside from that, probably collecting memorabilia from my hockey experiences. I have hundreds of pucks from every building I’ve ever been to. I’ve kept things that have been thrown at me when I was officiating like a rubber duck and a big stack of beer cups.

My absolute favorite food in the entire world – and it’s a rare occasion when I get to eat it – but I’d go with lobster tail. Least favorite: Brussels sprouts.

If you could live out any movie, what would it be?

Gotta go with “Star Wars.” I’m a huge fan. I own all the movies and I’ve seen them multiple times. I’m excited for the new one.

If you were to go anywhere on the planet right now, with no restrictions, where would you go and why?

Australia/New Zealand! Everything I’ve ever seen makes it look like an amazing place. I’ve always been interested in wildlife, so I’d like to go to the outback and go on a safari.

Who do you consider to be a hero or role model?

My Dad. He’s been a hard-working guy my entire life and doesn’t complain about anything.

If you won the lottery, what would you buy first?

Probably buy a house. It would be on the water, preferably the ocean.

What’s something about yourself that most people may not know?

I made it to the state championships in the discus toss in high school.

Why Firefighters Should Remember Every Building Is in the Process of Falling Down
Firefighter Cancer Support Information Available Inside Community Resources
Recent Posts
Categories
0
0
0
0
We use cookies to ensure that we give you the best experience on our website. By continuing to use this website, you agree to the Terms and Agreements in our Privacy Policy.OKPrivacy policy