Numerous research studies have demonstrated fatigue and sleep deprivation can impact your situational awareness in disturbing ways. Some responders think that by taking a “safety nap” their mental clarity will be sustained. In a small way, it may help, as any rest is better than no rest. However, you cannot rely, chronically, on small increments of sleep to provide the benefits that a full sleep cycle provides, which is about eight hours for the average person.

Naps can be powerfully restorative, but do not resolve issues with systemic fatigue and sleep deprivation. Rest is a critical component to brain function and when there is not an adequate resting period or disrupted sleep cycles the impact is real and measurable.
Some scientists have described the behavior of research participants suffering from sleep deprivation as displaying similar cognitive and motor skills as a person who is intoxicated. When you think about the critical nature of first responder situational awareness and its role in decision making, you quickly realize fatigue can have catastrophic consequences.
The work schedule of public safety providers is not conducive to adequate rest. Twenty-four hour shifts in organizations that are busy service providers can present some real challenges to situational awareness, decision making, critical thinking and problem solving abilities. I have talked, informally, with many EMS providers who have fully admitted to me the quality of their patient care, as well as the speed and accuracy of their decision making, diminishes after working long shifts. In some agencies, providers work 48 consecutive hours and they do so in busy agencies where the call volume prohibits adequate resting periods.
Many responders believe if they feel physically rested they are, concurrently, mentally rested. In reality, when the physical body is resting, the brain is not resting at all. In fact, the brain is surprisingly active while the body rests, suggesting the body rests so the brain may have access to the extra glucose (energy) to do its heavy lifting.
And what is the brain doing while you sleep? Findings in neuroscience suggest the brain is sorting through all the data and experiences from the previous waking period, storing and cataloging the events for future use. After the storing and cataloging is complete, the brain clears the proverbial slate for the next waking period where new experiences can be gathered and the process starts all over again.
While you are sleeping, your brain can also continue to work on problems that may have perplexed you during your previous waking period. This has led to the sage advice that when you have to make an important decision, you should first sleep on it. There is scientific evidence to support this notion. Research participants given complex problems before they go to sleep often produce more accurate solutions after a good night’s sleep. Conversely, participants who have their sleep patterns interrupted, produce lower test scores. Thus, fatigue and sleep deprivation cannot only impact short-term performance and memory, it can also impact long-term memory and recall.
Responders who work long hours should be provided with opportunities to rest their brains. It’s not a matter of being lazy as some elected or appointed administrators may critically suggest. It’s a matter of personal safety and improving brain function, critical thinking, problem solving, situational awareness and decision making. 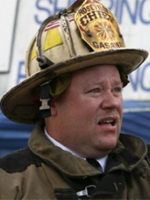 Dr. Gasaway is widely considered one of the nation’s leading authorities on situational awareness and the human factors that complicate first responder decision making. In addition to his 30-plus year career in the fire service, including 22 years as a fire chief, Dr. Gasaway has a second passion: Uncovering and applying research in brain science for the benefit of first responders. His website, Situational Awareness Matters (www.SAMatters.com) welcomes 50,000 visitors a month from 156 countries. He can be reached via e-mail at Support@RichGasaway.com.
TargetSolutions Prepares to Show Its Online Fire Training System at Fire-Rescue International in Dallas
California’s Fire Departments Can Track JAC Training with TargetSolutions’ Powerful Online Fire Training System