Tactical Emergency Casualty Care 101: What It Is and How It Impacts Emergency Response

What exactly is Tactical Emergency Casualty Care and why is it so important for today’s fire service?
Tactical Emergency Casualty Care is the result of a group of experts from law enforcement communities, the fire service, academics, medical professions, and the military, creating guidelines that take into account military medical lessons learned from the battle field, and aid in applying them to civilian crisis response. TECC has looked at the preventable causes of death and targeted guidelines to mitigate those in a very efficient, practical manner.

Prior to the 1999 Columbine massacre, law enforcement traditionally waited for the SWAT team to arrive and secure the perimeter. However, during that time people were still dying. Due to this inefficiency, law enforcement has realized it needed a change and did an amazing job transitioning into what is called ‘contact teams.’ These teams arrive on scene and aggressively pursue the threat. Whether it is an active shooter or another threat, they try to eliminate it.

Though, the law enforcement community was now on board, the fire service never really adapted and shifted along and this formed a gap. The gap is shown when law enforcement has eliminated the threat, but the fire service is still not coming in because they are still using old methods of staging. Current statistics have shown that 85 percent of fire departments around the country are still staging. Many fire service responders do not have a plan of what to do, whether it is a post-blast, a barricaded subject, or an active shooter.

So what Tactical Emergency Casualty Care has done is looked at why there is such high number of casualties in a penetrating trauma. Whether it is a blast, or an active shooter, they have identified certain instances where there is preventable death and have prioritized the importance of these instances to reduce preventable deaths.

The TECC guidelines are different than the military version of Tactical Combat Casualty Care. The TCCC is used to teach soldiers basic life-saving measures. With these guidelines, the military has done an amazing job of having between 3 to 5 percent of deaths from preventable causes. TECC is specific for civilian EMS. If you look at Vietnam War Era and World War II, about 20 to 25 percent of casualties died from things that were completely preventable.

Today, in the civilian world preventable death numbers are nowhere near the military, so there is a need to fix that gap. It is a paradigm shift for the fire service, and it is working very hard on implementing these TECC guidelines, which are in place to guide them on what to do and in what order to treat victims to decrease preventable deaths.

Is there a specific amount of this TECC training in place right now that is required by the fire service or EMS individuals within the fire service?
Recently Fire Scope came out with their official guidelines, which state the fire service should apply a minimum amount of TECC or TCCC training into its day-to-day operations. Therefore, it is recommended that departments should have at least four hours of tactical training at a minimum FRO level, and training on how to respond with law enforcement in a warm-zone environment.

Traditionally, the fire service will only work in a cold zone. The paradigm in the fire service has since shifted. However, still only about 15 percent of fire departments across the country, with Rancho Cucamonga and other southern California agencies being some of them, have made this shift. They have a very progressive policy and protocol that a lot of departments have adopted.

In these situations, there is a different level of Personal Protective Equipment, so all our firefighters are outfitted with ballistic helmets, ballistic vests, and they are more subdued. They do not wear yellow jackets and helmets, which would put a giant target on them.

Also, they train on how to integrate with the law enforcement, and how to move with cover verse cover and concealment. They understand PACE mythology, which would basically mean what their primary plan is, alternate plan, contingency plan, and an emergency plan.

So it is a different mindset than most controlled environments that the fire service is used to. There are a lot of dynamic, moving parts to this level of care. With the main one being, you are working in a unified command environment with multiple agencies having different objectives all for the common goal of providing safety and saving as many lives as possible.

What are a few of the key points in applying TECC to trauma patients in trauma situations?
There are three phases of care in TECC that are crucial, and it is important for the first responder providing the care to understand what level they are working under. For example, if you are finding yourself in a hot-zone, maybe you notice an IED or a shooter with a gun, the principles of your care change dramatically.

First, let’s understand what phase of care. The three phases are 1) hot-zone, which is also called direct threat; 2) the warm-zone, which is the indirect threat phase; and then 3) the cold-zone, meaning no threat and evacuation care.

It is important that you know what phase of care you are in and then adapting to do what is most appropriate. Today, we realize the thing that decreases most preventable death injuries from occurring is hemorrhage control. Therefore, the first thing you should treat in a tactical environment is hemorrhage control.

Sixty percent of preventable deaths occur due to hemorrhage or massive hemorrhage. Even the simple bullet hole that looks like it is controlled could be bleeding on the inside or you do not see the exit wound. So it is crucial that personnel are very aggressive on using tourniquets and other hemostatic agents appropriately to address the main cause of preventable death.

The second in the TECC guidelines would be breathing and airway injuries. Breathing injuries account for about 33 percent of preventable deaths. For example, someone is shot in the chest and develops tension pneumothorax. If this goes untreated, it is something they will die from when one could have easily treated that in a tactical environment with very little equipment.

In conclusion, knowing the phase of care and then knowing what order to apply treatment in that phase are important components. The hot-zone is only hemorrhage control and then evacuate. The other ones are all the different treatments, so hemorrhage control, breathing control, and then airway issues. 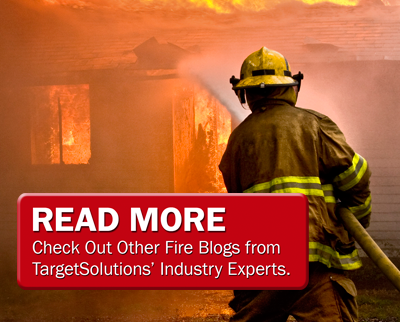 What are some of the latest updates from the committee on TECC? What is the committee?
The committee is a non-profit committee of pre-hospital emergency medicine experts that convene to provide guidelines about the medical lessons learned from the battle field to reduce preventable causes of death. TECC are the guidelines that the committee has set for best practice recommendations for casualty management during civilian tactical and rescue operations.

However, in the military, you are dealing with young, healthy adults between 18 and 30, which is much more different than the civilian population most emergency responders are dealing with. Your patient population could be geriatric, disabled, or pediatric; especially considering the school shootings in the last few years. First responders need to be able to incorporate scope of practice and local protocols into their care. Whether you are dealing with patients on blood thinners, patients that are obese, geriatric patients, or pediatric patients, scope of practice are important.

The committee itself is comprised of individuals of high academia who practice high-threat medicine, SWAT teams, fire and rescue agencies, hospitals and military personnel. Together they come up with guidelines and concepts based off current research, which are found in the TECC. Some changes that have been identified are realizing the significant threat to the psyche of the responders.

Some firefighters did not sign up to deal with a combat type of environment where they see mass injuries and death in children. There are some significant emotional injuries the providers will face. Therefore, having the ability to first train people to understand the horrific things they will see and how to deal with it has become important.

But how do you deal with that in TECC? There are things you can try to do, and that is the committee’s main objective – to find new guidelines to incorporate into the existing guidelines to prevent further post-traumatic stress to our own providers.

Exposure to these traumatic events has been identified as a major contributing factor to PTSD in the fire service that you do not even think about it. There is this hero mindset that nothing can hurt you because you are firefighters. But the reality is you are just like anybody else, and if you expose enough of these types of calls to people they are going to have some major emotional injury. The committee has recognized this and they are making progress to try to create guidelines for these instances.

Are there any other guidelines that have been updated recently?
Current medical research is showing the use of TXA (Tranexamic acid) can aid in hemorrhage control. This is potentially going to be a game changer in the trauma setting because there is now a drug agent that you can introduce into a patient’s bloodstream that will assist in clotting.

Before, if a patient was shot in the abdomen, there was little you could do in the field to prevent massive hemorrhaging. With this new treatment medication, there is a high possibility for survival because the paramedics on scene will provide this medication that will allow clotting. The military has been using this for a while, which may be another contributing factor to why their survival rates are the highest that they have ever been. Therefore, it is going to be a game changer in the civilian trauma setting to increase survival rates.

About the Author
Ofer Lichtman started out as a first responder in Israel and is currently the Terrorism Liaison Officer Coordinator for Rancho Cucamonga Fire Department and was instrumental in developing its Terrorism and Tactical Response Program. Ofer is a member of the Joint Terrorism Task Force and is on the advisory board of the C-TECC.

Bio and photo of Ofer Lichtman are courtesy of Firehouse.com.

TargetSolutions’ Top 10 NFPA 1021 Company Officer Training Courses
Prevent Injuries with TargetSolutions’ Hand and Power Tool Safety Course
Recent Posts
Categories
0
0
0
0
We use cookies to ensure that we give you the best experience on our website. By continuing to use this website, you agree to the Terms and Agreements in our Privacy Policy.OKPrivacy policy