The Importance of Behavior Modeling in the Fire Service 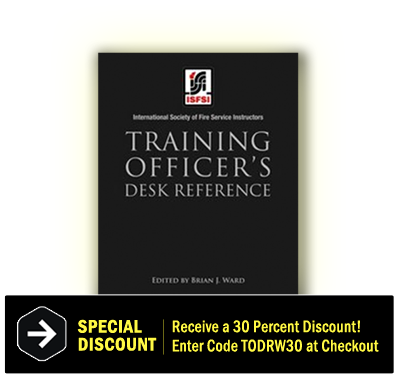 One of the items discussed in the Training Officer’s Desk Reference is mentoring. Regardless of rank, we all have the ability to mentor. As Lt. General Hal Moore states in “We Were Soldiers,” “learn the job above you and teach your job to those below you.”

One story I tell is from my time working in Gwinnett County Station 4 as a driver/engineer. These were the days of my acceptance into the Georgia Smoke Diver Program and competing in the Scott Firefighter Combat Challenges.

My cohort, retired Ironman and driver/engineer Alan Hurd, would set up obstacle courses with fire department stuff, gear up, and drill as a daily routine. At first it was just me and him making up stuff to do. After time – without forcing, mandating or threatening anyone – we had 90 percent of the station, including the lieutenant, captain and probie firefighters training with us.

Two things occurred during this time: Behavior modeling and a self-fulfilling prophecy. Both of these are learning and motivational theories at work in this one example.

Behavior Modeling: We have all been affected by this in one manner or another, whether we realize it or not. The theory states we will model ourselves after the environment we are placed. So, if I see someone performing at a high-level, and I recognize it as excellence, I will model myself after that behavior.

However, if I see you sleeping on the couch on truck day, and you get away with it, I might model myself after that behavior. As a senior firefighter or officer, a gut check is for you to determine how you are being perceived.

Once the introspection is complete, you can move forward and raise the bar for the minimum expectations of your crew. If I told the guys at my station to gear up without gearing up first, it would not have been as effective, and no behavior modeling would occur. However, the others saw leadership’s actions and wanted to participate.

If there was a day I did not feel like competing, it was the other guys motivating me. So, it worked both ways. They became as important to me as I was to them.

Self-Fulfilling Prophecy: This theory simply states that what we perceive to be reality becomes reality. So if I perceive excellence as completing the obstacle course every day in turnout gear, then that is what I will conform to because I want to be excellent with gear acclimation, dexterity, etc.

Case in point, if a probie was assigned to our station, they would automatically conform because they knew no other way. They had never been influenced by a different behavior.

As senior firefighters, company officers, or training officers – we have the chance to define excellence and the minimum standard. When you do this several things occur: Teamwork, comradery, improved knowledge and skills. It also creates a level of motivation and buy-in, regardless of generational differences. 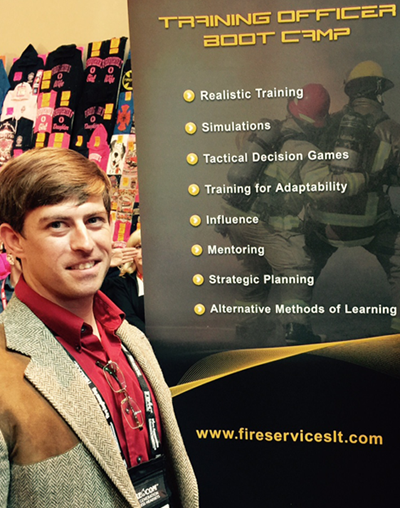 By setting this example, you are mentoring those around you and establishing the next generation of the fire service. As experience moves on every day in the fire service, we need people to take the reins and lead us into the next phase.

As always, be safe, train hard, and take care.

About the Author
Brian Ward is the chief of emergency operations for Georgia Pacific in Madison, Ga. He is also the author of Fire Engineering’s “Training Officer’s Toolbox” and the managing editor for the Training Officer’s Desk Reference. Brian serves on the ISFSI Board of Directors and is a member of the Georgia Smoke Divers. He is currently pursuing his Master’s Degree in Organizational Development from Columbia Southern University and is the founder of www.FireServiceSLT.com. Brian can be contacted at fireserviceslt@yahoo.com.

TargetSolutions Adds 12 Engaging Firefighter Training Courses to Online Library
TargetSolutions Creates Advisory Board to Help Meet Needs of 21st Century Law Enforcement Agencies
Recent Posts
Categories
0
0
0
0
We use cookies to ensure that we give you the best experience on our website. By continuing to use this website, you agree to the Terms and Agreements in our Privacy Policy.OKPrivacy policy